Saffron has long been the world’s most costly spice by weight. Commonly known as the “saffron crocus,” it’s derived from the flower-threads, which are collected and dried for use mainly as a seasoning and coloring agent in food.

Since ancient times, saffron has been used to treat many illnesses. Rich in carotenoids, it has anticarcinogenic properties and is also an antioxidant, stimulating the digestive system and relieving the liver. Furthermore, saffron is known for its antidepressant, aphrodisiac and analgesic characteristics. All in all, it is a spice that can be consumed without moderation!

“Saffron is a magic spice and crop,” explains Wakim. Each year, every bulb reproduces itself. The idea is to distribute bulbs to families annually and create a cooperative around the project, enabling families to grow their own saffron and transmit their knowledge from generation to generation.

Lebanon’s first saffron project accomplished the unthinkable; it attained the finest quality in terms of color and flavor while having a social impact on local communities.

This organic and healthy product is served in several Michelin star restaurants and conserves its high quality for three years.

HOW SAFFRON IS CULTIVATED

Its purple ephemeral flower blooms once a year and lasts just 48 hours. It offers, at its heart, the famous bright red threads, which bear saffron after being dried out. Its harvest is delicate and processed by hand, after the morning dew but before sunrise. Once separated from the flower, the thread is dried in the shades from where it loses 80% of its water. Nearly 200,000 flowers are harvested and dried to obtain just 1kg of dry saffron, requiring about 400 hours of intense labor. These factors explain why saffron is often more expensive than truffles and caviar. Its price can reach up to 35,000 euros per kilo.

The most common scam involves mixing saffron with paprika, turmeric or even mixing the threads with detergents, which is extremely hazardous to one’s health.

Yasmina, who has two healthy take-away restaurants in Geneva, has recently launched a fundraising campaign through her art association. The campaign aims to help Lebanon by creating essential food baskets for underprivileged Lebanese families. Further details can be found on fortheartassoc.com. 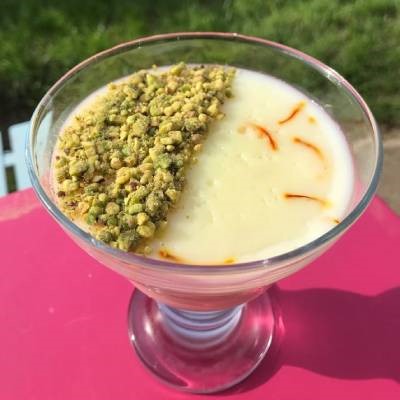 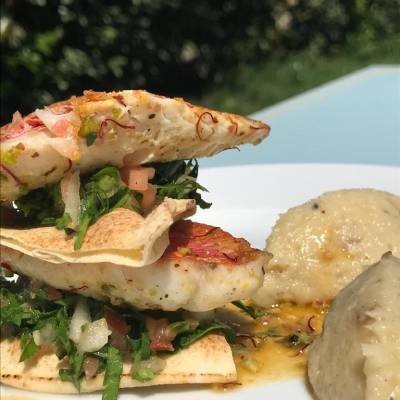